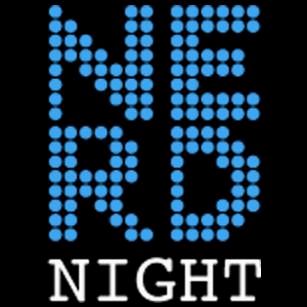 90% of people get stage fright
​John Lennon who performed 1000's  of times used to throw up before most performances.

They say public speaking is the number one greatest fear of people, above death!!
Two interesting TED talk videos on Stage fright
The Nerdy Science behind stage fright
Stage  fright comes from the "fight or flight" evolutionary trait within humans. As social animals, we fear being embarrassed and as such, we perceive being in front of a crowd as a DANGER situation. For some odd reason, we react in the same way that our ancestors would react when they saw a saber tooth tiger!

Its 12000BC, will you fight the saber tooth tiger or flight (run away)? Your body reacts to help you. ADRENALINE pumps through your blood, your pupils dilate, you're hyper aware or sudden movements, you share as your muscles tense up, your digestive system shuts down giving you dry mouth & butterflies.

Your body prepares for long range effects when fighting a predator, but for some odd reason, and the same thing happens when you're giving a talk. Your body is preparing you for long range advantages when all you want to do is relax, keep focus on your slides, notes etc. You can't avoid the way your body reacts, the best you can do is adapt.
The more you present, the more comfortable you will feel. If you don't practice baking a cake for years, don't expect to to feel nervous, that's why Nerd Night is a fantastic forum. You have an instant crowd of people who aren't experts (which is not what normally happens in with business talks). Plus if it's the most embarrassing thing you end up doing, it's only 7 minutes of your life!

Before your talk
During your talk
After your talk: feeling high - here's why!
After the anxiety and the blood rush is over, your body produces those great "feel good" chemicals. You'll get Serotonin from being respected and congratulated, Oxytocin encouraging you to form bonds with friends in the audience or even strangers who relate to what you say, and hey, even that Dopamine hit the "I'm the king of the world" Titanic moment! that starts to wonder when is your next talk, when can you next feel THIS GREAT!

Finally, for the next few weeks, prepare to be a celebrity across Phnom Penh! "Aren't you the one who did that awesome talk on X", and hey you worked hard for this... You deserve it! The hardest part, accepting that you won't overcome stage fright but you adapted to it!